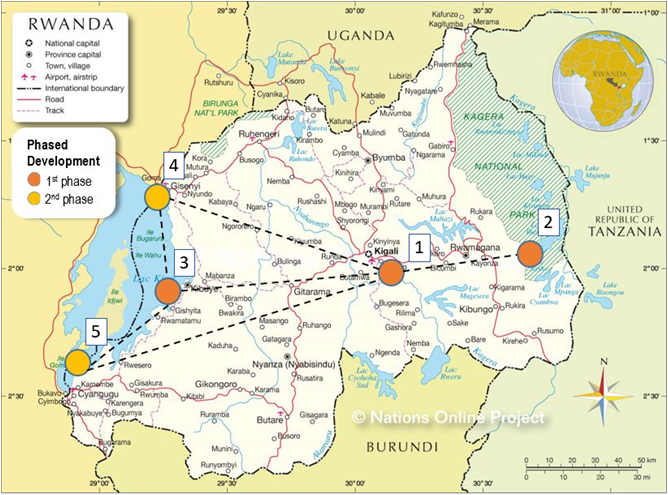 Over the decades, tourism has experienced continued growth and deepening ‎diversification to become one of the fastest growing economic sectors in the world. ‎Modern tourism is closely linked to development and encompasses a growing number ‎of new destinations. These dynamics have turned tourism into a key driver for socio-‎economic progress.

Today, the business volume of tourism equals or even surpasses that of oil exports, ‎food products or automobiles. Tourism has become one of the major players in ‎international commerce, and represents at the same time one of the main income ‎sources for many developing countries. This growth goes hand in hand with an ‎increasing diversification and competition among destinations. The contribution of tourism to economic well-being also depends on the quality and the ‎revenues of the tourism offering. As the UN agency ‎dedicated to tourism, UNWTO points out that particularly developing countries stand to ‎benefit from sustainable tourism and acts to help make this a reality. As part of their 2030 forecast, the UNWTO expects global tourist arrivals to reach 1.8 billion from 1.184 billion in 2015 (CAGR 2.83%).

Travel and tourism has potential to propel Rwanda’s economy to new heights. The industry showed unprecedented growth past years and recorded its strongest performance of any in terms of export growth to maintain its position as the highest foreign exchange earner in Rwanda.

The industry has enormous potential to drive growth in its vibrant economy thanks to its natural beauty and wildlife attractions. With continued investment by the Rwandan government, growth in the travel and tourism industry is expected to remain positive. This is set to enable Rwanda to achieve its development goal as set out in the 10-year sustainable travel and tourism master plan called Vision 2020.

Rwanda and Uganda are the only two countries in the world where mountain gorillas can be visited safely at the moment. There is, however, more to tourism in Rwanda than gorillas. Besides the Volcanoes National Park, Rwanda has two other national parks that offer, for example, a range of wildlife and biodiversity. Furthermore, the country has been particularly successful in attracting large numbers of business and conference travelers, mainly from the DRC as well as the neighboring countries of the East African Community (EAC). Local and foreign direct investments have been substantial. In terms of export revenue, tourism has already outperformed coffee and tea by a wide margin.

The government has shown a clear commitment to the development of the tourism sector and has established itself as a safe destination in the region.

The business environment has improved markedly, promoting private sector involvement. In addition, Rwanda has always seen tourism as an instrument to reduce poverty, for example by directly involving local communities.

Despite the good performance of the tourism sector in Rwanda, several challenges remain. The main impediment cited by almost all actors in the sector is the large skills deficit, which applies to all areas. To accomplish the goal to turn Rwanda into a service oriented economy in general and for the tourism sector specifically, skills development is of utmost importance. Recently opened tourism schools haven’t served the sector adequately.

Rwanda has experienced a true post-conflict boom after the conflict in 1994. Growth rates have been high, the economic situation is stable and social indicators have improved. Tourism has been a significant contributor not only to export revenues, but also to the improved image of the country. In addition, tourism has from the onset been seen as a tool to reduce poverty and involve the communities.

The country has established itself as one of the safest destinations in the region and offers, besides a comprehensive offering for leisure tourists, sufficient opportunities for business travelers, especially from the eastern DRC.

“The Succes of Tourism in Rwanda”, Worldbank, April 2010

April 2021 Ubuntu Impact Investments moved to a historic office in the center of Tiel, Ambtmanstraat 9 4001MC, The Netherlands. During the development phase of this historic building into 5 residential apartments, carried out by GreenDreamCompany, we temporarily keep office here. END_OF_DOCUMENT_TOKEN_TO_BE_REPLACED

Focus on jobs, gender, fragility, climate, and good governance STOCKHOLM, December 13, 2019 — A global coalition of development partners announced today their commitment to maintain momentum in the fight against extreme poverty, with $82 billion for the International Development Association (IDA), the World Bank’s fund for the poorest. The financing,... END_OF_DOCUMENT_TOKEN_TO_BE_REPLACED

With dignity and pride our corporate foundation  received the Global NGO Leadership & Excellence award. With Community Building as part of her core values and as incubator of innovative ideas, GreenDreamFoundation develops tourism labs that may grow into independently operating organisations. Community building, managing diversity, welfare and community development in... END_OF_DOCUMENT_TOKEN_TO_BE_REPLACED

Sustainable tourism is a green growth opportunity for Southern and Eastern Africa. To safeguard nature as a resource for this sector, governments need to ensure that low-income communities are included in the conservation of wildlife and landscapes essential to the tourism product. To do this, governments need to support enterprises... END_OF_DOCUMENT_TOKEN_TO_BE_REPLACED